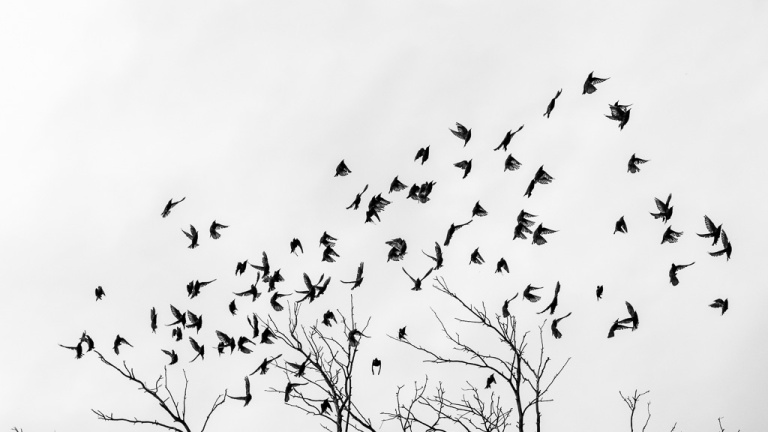 Took the bike out for its first ride after the maintenance and it was sounding sweet, just the noise of the rubber on the tarmac.  Well, until about 12 miles out and then I heard a familiar ping.  Another bloody spoke on the back wheel!!!! That’s two in a week now.

Sod getting it replaced and trued again, there’s some fatigue going on somewhere.  So after Mrs H rescued me, I went wheel shopping.  Bought some very nice ones, about £20 more than I wanted to spend, but they make the bike look a lot better.  After doing a little reading, it seems the major upgrade to do to a bike like mine as the wheels they ship them with are crap in order to keep the cost down.

Bought a new cassette too, the little ring is a cog less and the larger one three cogs more than my existing one, so that will be interesting to see what effect that has on my riding.

I think I am going to have oily hands for weeks now, without the kitchen in operation I can’t shift it.

These are our local Hitchcockesque birds.  They sit on a tree in a neighbour’s garden and chatter for England, occasionally going completely silent all at once.  They then fly off in one big group.  They do this a couple of times a day – little spies.