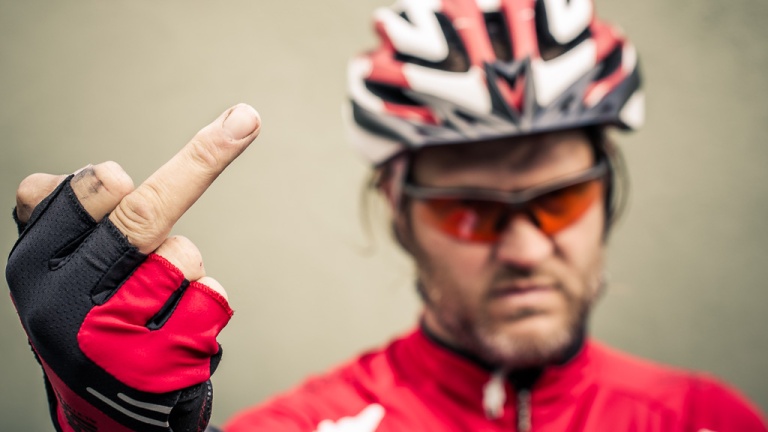 I haven’t seen my best man since I bust my arms, so with the freedom of summer holidays I texted to see if he was free and rode out to see him.  He lives 18 miles away on the other side of Chesterfield, a chance to try out a couple of new routes.

I had a great time there catching up and I wanted to ask for some introductory information on kettle bells as I bought one to improve my core strength.  He’s a personal trainer, and a mighty good one, and has been silently seething over my lazy lifestyle for years and years (21 to be precise as he reminded me today!) as he knew he’d get nowhere.  So to make up for this, he gave me some terrific advice and put me through some very small paces – I wasn’t going to argue.  Boy my quads ache!

There was another of their friends round who’d I not met before, she was ace and we were all chatting for ages.  So relaxing not to have anything to drag you away.

That was all the good stuff.  The ride home wasn’t.

I took a completely different way back going through a place called Cutthorpe, a lengthy climb before a drop into Baslow (Chatsworth).  It was a narrow road in places and does wind a bit.  99% of car drivers are very cool with cyclists, knowing how to leave distance when passing and recognising that they are entitled to have space on the road as legal users.  Well not a certain demographic in Cutthorpe (I must go back and read the sign again, sure there’s a typo), a demographic who drive lowered blue hatchbacks and have a hobby of shouting self-invented Highway Code laws at cyclists.

A growly engine was revving at me at one point, then when clear, he overtook too close whilst his mate shouted out the window at me that I “shouldn’t be on the f*%&ing road“.  He got a finger as his lowered blue Citron Saxo drove off.  He then drove up behind another car, so being delayed by me for exactly 0 seconds for his journey.

Then about two minutes later another lowered blue hatchback did a similar thing.  I actually thought it was the same one, doing one of those ‘Keystone Cops coming out of a car endlessly’ style tricks of taking an unseen route to come back again.  It was a VW Polo though.  This time his mate (ignorant Cutts always come in pairs it seems – shared braincell thing?) shouted out and pointed saying that I “need to stay on the other f*%&ing side of the white line.”  Not heard that one before.  They got the finger too.

I made up my own Highway Code law at that point,  that lowered blue hatchbacks with two lads in them need to have a little yellow sign like those ‘Baby on Board’ ones except that it says ‘Knobhead on Board’.

Then I heard a worrying, metallic noise from my bike that took my mind of penis-size-challenged youths.  Couldn’t tell what it was, but soon realised that whatever it was had buckled my rear wheel as it was hitting the chain when I took on a steep climb in the lowest gear.  So I had to ride dead slow for the remainder of the journey – I had snapped a spoke somehow.  Cheeky bike, I’ve lost 15kg so far, you’d think it’d be happy about that.